Google has launched a cloud service just for DNA data – Google Genomics. The Genomics project began 18 months ago. Genome studying have become more and more important over the years. It holds the key to understand the chemistry in the body.

Earlier, scientists and researchers used to study only a few kind of genomes. Now they study hundreds of thousands of genomes which has resulted in an explosion of data. The other competitor in the race with Google is Amazon. As the equipments get better at decoding DNA, data storage is critical. The cloud service will act as a backend database. There are some companies which are building dedicated browser to represent genetic data in graphical format. This will help researchers and scientists analyze data more easily and more accurately.

A centralized storage in the cloud will help biologists worldwide to collaborate on genome research. It will also help in quicker diagnosis of diseases just by feeding the data into the system.

However, data retrieval in such enormous amounts of data will require some very powerful and state of the art servers. That’s why Google will be using the same server that it uses for storing billions of site indexes for it’s search engines. As prices go down for cloud storage, more and more institutes and research centers will hopefully move their genome data from their own data center to Google or Amazon cloud. 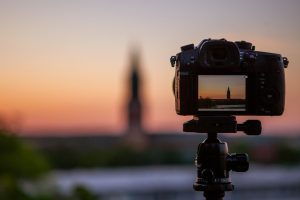