Google Plus has been on a rampage. It is growing in a wild manner. Few months from now it might obliterate every other social networking site except Facebook. The number of users on Google Plus has grown exponentially in the last couple of months. I really don’t like the overall design of Google Plus itself. It’s pretty much outdated and not exciting enough. It doesn’t have that look that will make you get down on your knees and make you say ” WOW !!!”.

Honestly, I was more impressed with Facebook, when I first joined it back in 2010. The whole thing is totally bland to me (though I use it more these days, probably because Google owns it and it will be an integral part of Author Rank).

Google better come up with a new style for Google Plus. It needs to create a fresh look and need to bring in some superb design changes.

2. Add to Circles Feature is not optimum

This is one of the most annoying features in Google Plus. If someone adds you to his/her circle you won’t be able to see them immediately. No idea, why. For a while now, I have been patiently waiting for Google to fix this.

In Facebook, if someone accepts your friend request, you can see them immediately. So, why not in Google Plus ? I think this is one of the most important feature that Google needs to fix soon.

It is not the case in Google Plus. If you open a public community, you can make it private anytime. But if you create a private community from it’s very beginning you can’t make it public ever.

I don’t know from where Google got this idea, but this is a issue with a lot of community owners and needs to be addressed soon.

4. Google Plus is slow

This is the thing that annoys me the most. Google Plus is a lot slower than Facebook. The notifications and the chat system takes a lot of time to load once I log into my account.

Sometimes I just don’t have enough time to wait that long. Well, if Google really wants to use Google Plus to take on Facebook, I think Google should look to improve these areas.

The other thing I don’t like that even the Google Plus button on my blog takes up too much time to load.

After all, it is Google we’re talking about.

Do you know of other tweaks that Google needs to address. You are welcome to share your views with us in the comment section. 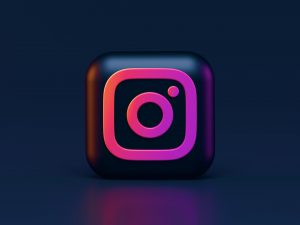