When it comes to the online business, Google has outsmarted everyone which includes the likes of Microsoft and Apple. The world is gradually moving towards mobile technology. Google understood this better than anyone and long before than anyone. That’s why Google eventually went onto buy Android back in 2005.

Google saw the potential of building a mobile friendly OS long before than any other company in the world. After taking over the company, Google devoted a lot of time in developing the Android. And now with 79% market share in the world, Android is the most popular OS for mobiles.

The recent takeover of Nokia by Microsoft, possible acquisition of Blackberry by Fairfax and the launch of iOS 7 by Apple proves that everyone is desperate to fight back, even though only time will tell what will really happen.

The fact that Nokia and Blackberry failed miserably in the mobile market is because they overestimated their products. When you think about technology, consumers are quick to punish the companies even though they are multi-billion dollar companies. One of the important reason and probably the only reason why Android is so popular is because of the sheer number of Apps. Consumers want more than some simple functionalities. And this is where Android has excelled exponentially. Google Advertises Their Own Products

Google’s main earnings comes from Adwords which is an advertising platform where business owners pay to display their ads – sometimes in the search engine results and sometimes on other websites who are running Adsense Ads. If you don’t know how successful Adwords is, Google earned a revenue of $42.5 billion USD from Adwords alone in 2012. The reason that Adwords is successful at such a level is because Google owns more than 80% of the search market.

The main difference between Google and some of its competitive companies is that Google advertises it’s own products on their multiple product websites. For example, if you open Gmail , you will see an advertisement of Google Play. And if you open Yahoo, you will see the page filled with insignificant and irrelevant ads which ultimately is a bad customer experience.

One of the other reasons Google is successful is because of the wide range of products they provide for free, Be it the Webmaster Tools, Chrome, Feedburner, Adwords, Adsense, Youtube ( bought by Google in late 2006 ) and many more – all of them are best on the Internet and are one of the most heavily used products and these products gives them a lot of potential to make money.

A few days ago, Google launched a new search algorithm which some claim as one of the most significant search engine algorithms in the last 10 years. The hummingbird is all about mobile. Google understands that mobile is the future.

To make the voice search results more user friendly, the hummingbird will actually try to find out the meaning of your search and display the most relevant results. Mobile users tend to be more impatient PC ones. The hummingbird is more towards natural language processing and predictive intelligence.

A few days ago, Google also launched a visual tool for web designing which is simply known as Google Web Designer. Using this tool, you will be able to create interactive and responsive web pages for any device. It’s still in beta version, but hopefully Google will soon launch it’s official version and it will be interesting to see how it changes the Web Designing industry. 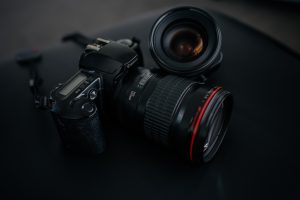 How To Start A Photography Business In 5 Steps What Are The Advantages Of POS Financing For Online And Offline Businesses ?